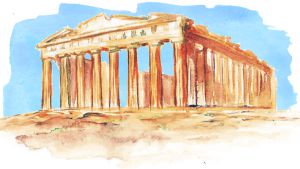 "The Acropolis of Athens and its monuments are universal symbols of the classical spirit and civilization and form the greatest architectural and artistic complex bequeathed by Greek Antiquity to the world."
—UNESCO Website

"In c. 220 B.C., under Qin Shi Huang, sections of earlier fortifications were joined together to form a united defence system against invasions from the north. Construction continued up to the Ming dynasty (1368–1644), when the Great Wall became the world's largest military structure."
—UNESCO Website

"From the 10th to the 16th century [a society of Polynesian origin] built shrines and erected enormous stone figures known as moai, which created an unrivalled cultural landscape that continues to fascinate people throughout the world."
—UNESCO Website 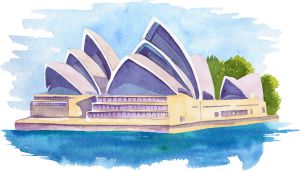 "The Sydney Opera House comprises three groups of interlocking vaulted 'shells' which roof two main performance halls and a restaurant. These shell-structures are set upon a vast platform and are surrounded by terrace areas that function as pedestrian concourses."
—UNESCO Website 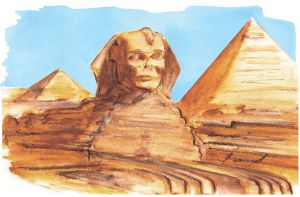 The Great Pyramids & The Sphinx (Egypt)

"The capital of the Old Kingdom of Egypt has some extraordinary funerary monuments, including rock tombs, ornate mastabas, temples and pyramids. In ancient times, the site was considered one of the Seven Wonders of the World."
—UNESCO Website 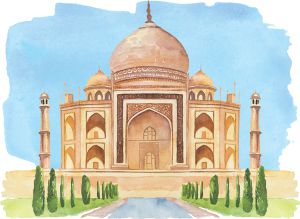 "An immense mausoleum of white marble, built in Agra between 1631 and 1648 by order of the Mughal emperor Shah Jahan in memory of his favourite wife, the Taj Mahal is the jewel of Muslim art in India and one of the universally admired masterpieces of the world's heritage."
—UNESCO Website 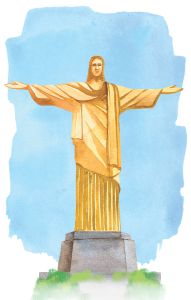 "[Rio de Janeiro includes] the Botanical Gardens, established in 1808, Corcovado Mountain with its celebrated statue of Christ, and the hills around Guanabara Bay, including the extensive designed landscapes along Copacabana Bay which have contributed to the outdoor living culture of this spectacular city."
—UNESCO Website 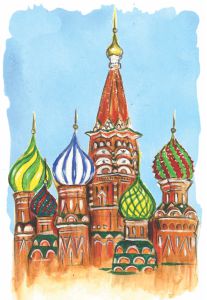 "The Kremlin (built between the 14th and 17th centuries by outstanding Russian and foreign architects) was the residence of the Great Prince and also a religious centre. At the foot of its ramparts, on Red Square, St Basil's Basilica is one of the most beautiful Russian Orthodox monuments."
—UNESCO Website 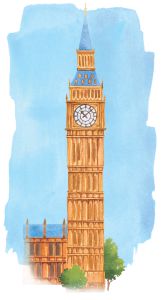 "Westminster Palace, rebuilt from the year 1840 on the site of important medieval remains, is a fine example of neo-Gothic architecture. The site...also comprises the small medieval Church of Saint Margaret, built in Perpendicular Gothic style, and Westminster Abbey, where all the sovereigns since the 11th century have been crowned..."
—UNESCO Website

"From the Louvre to the Eiffel Tower, from the Place de la Concorde to the Grand and Petit Palais, the evolution of Paris and its history can be seen from the River Seine."
—UNESCO Website 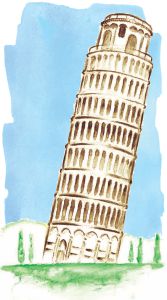 "Standing in a large green expanse, Piazza del Duomo houses...four masterpieces of medieval architecture – the cathedral, the baptistry, the campanile (the 'Leaning Tower') and the cemetery..."
—UNESCO Website 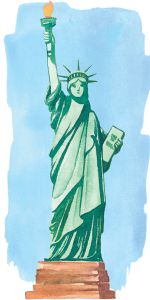 "Made in Paris by the French sculptor Bartholdi, in collaboration with Gustave Eiffel (who was responsible for the steel framework), this towering monument to liberty was a gift from France on the centenary of American independence."
—UNESCO Website