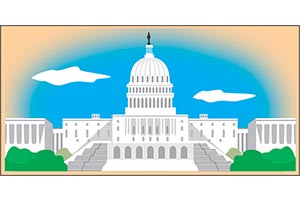 "Construction of the U.S. Capitol began in 1793. In November 1800, the U.S. Congress met in the first completed portion, the north wing. In the 1850s, major extensions to the North and South ends of the Capitol were authorized because of the great westward expansion of our nation and the resultant growth of Congress."
—Capitol Website 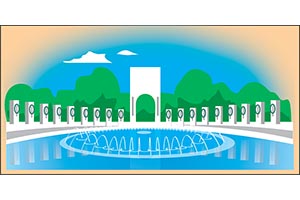 "The World War II Memorial honors the service of sixteen million members of the Armed Forces of the United States of America, the support of countless millions on the home front, and the ultimate sacrifice of 405,399 Americans."
—National Park Service Website 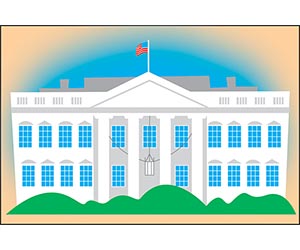 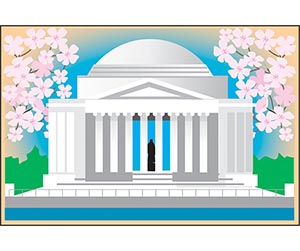 "The Martin Luther King, Jr. Memorial is located in West Potomac Park at 1964 Independence Avenue, S.W., referencing the year the Civil Rights Act Of 1964 became law. The memorial's official dedication date is August 28, 2011, the 48th anniversary of the March on Washington for Jobs and Freedom, though the ceremony was postponed until October 16 due to Hurricane Irene."
—National Park Service Website 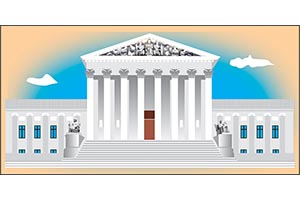 "The main entrance to the Supreme Court Building is on the west side, facing the United States Capitol. A few low steps lead up to the 252-foot-wide oval plaza in front of the building. On either side of the plaza are fountains, flagpoles, and benches."
—Supreme Court Website 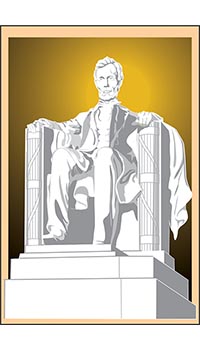 "Abraham Lincoln was assassinated on April 14, 1865, just as the Civil War was ending. By March of 1867, Congress incorporated the Lincoln Monument Association to build a memorial to the slain 16th president. The towering memorial is 190 foot long, 120 foot wide, 99 foot tall and constructed with a Colorado-Yule marble."
—National Park Service Website 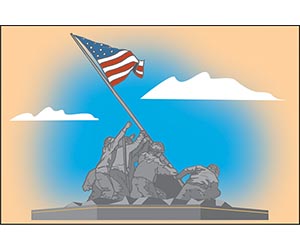 "The United States Marine Corps War Memorial represents this nation's gratitude to Marines and those who have fought beside them. While the statue depicts one of the most famous incidents of World War II, the memorial is dedicated to all Marines who have given their lives in defense of the United States since 1775."
—National Park Service Website

"The structure was completed in two phases of construction, one private (1848-1854) and one public (1876-1884). Built in the shape of an Egyptian obelisk, evoking the timelessness of ancient civilizations, the Washington Monument embodies the awe, respect, and gratitude the nation felt for its most essential Founding Father. When completed, the Washington Monument was the tallest building in the world at 555 feet, 5-1/8 inches."
—National Park Service Website

"Located north of the Lincoln Memorial near the intersection of 22nd St. and Constitution Ave. NW, Vietnam Veterans Memorial is free to visit and is open 24 hours a day. The memorial includes the names of over 58,000 servicemen and women who gave their lives in service in the Vietnam Conflict. The memorial also includes "The Three Servicemen" statue and the Vietnam Women's Memorial. "
—National Park Service Website